152 after its establishment, haute couture became a virtual event. This is our analysis.

Uncertain times have something in common: the abundance of questions and the lack of certain answers. It is hard to know what to do or what is going to happen, and that is the reason why it is quite difficult to understand particular events sometimes. You can look at the fact of the celebration of last Paris Fashion Week between the 24th of February and the 3rd of March from many perspectives, although none of them will give it any sense because the sanitary alarm wasn’t as far as China. It was already as close as Italy. Why we have witnessed haute couture presentations during the last three days while half of the world is still under confinement and the other half is trying to not go through quarantine again seems like a mystery in the same way. But let’s try to find an explanation despite all odds.

The FHCM is well known for the requirements demanded to the firms to acquire couture status. Norms related to the hands that must participate in a single dress, the hours they have to devote to a garment, the number of fittings with clients and the number of looks they have to produce every year accomplishing these formalities that date back to 1945. It was the early after war period, the goal to recover Paris’s fashions splendor, and they have made it to our days with a light update in 1992. That is 75 years of legend and 75 years of great business.

The price of a couture dress ranges from 9000€ to one million (the customer isn’t sure about the price until it is completely finished). Three pair of hands are the bare minimum to produce it (a premiere and two seamstresses) for 150 hours and it is fitted on the client at least two times. There is around 4000 of those couture clients in the whole world (only 200 are regulars) and 2200 people able to do the patterns, cut, sew and embroider with the skill level necessary for the task. Those, the real masters of couture, are known as petits mains and they usually belong to petites équipes. So petites some houses haven’t finished the Spring/Summer orders from last January yet.

They are freelance in most cases, as most people involved in a show are (models, stylists, security guards, producers, set designers…) so considering the current situation it is obvious that most of them won’t have any income after this season.

It is reasonable to think that the early everything comes back to normal, the sooner economy will reactivate itself. But the haste makes the waste.

The guest star of the FHCM requirements was that every presentation had to be digital this season. Digital was so important it prevailed 1945’s old time condition. Schiaparelli didn’t make it on time (Daniel Roseberry, the brand’s creative director, was In New York when the coronavirus crisis broke and hasn’t come back to 21 place Vendôme yet), neither did Maison Margiela (Galliano and his team will present their Artisanal collection on July 16th) and Valentino (we will see the work of Pierpaolo Piccioli and Nick Knight on July 21st), as both presented a few seconds video teasers.

Iris Van Herpen showed a single dress that represented the idea of rebirth, and Virginie Viard 30 looks for Chanel cooked at the exact temperature demanded by the days we live in although inspired in the long nights of Karl Lagerfeld and his clique in Le Palace. While she hasn’t stand out in the prêt-á-porter department, the designer seems to be in possession of the keys to the universe of modern couture.

Maria Grazia Chiuri brought us back to 1945, exactly to the moment when couture rules where established. Her presentation for Dior started with a Théâtre de la Mode (a range of little mannequins dressed á scale that will travel the world so clients can pick their future purchases) in the style of the format staged after World War II and ended with a 15 minute film by Matteo Garrone. The fact that the biggest houses, those with great resources, were the ones who properly presented doesn’t come as a surprise.

Back in 1945 the move was clear: Paris fashion needed to be back on track and exclusivity and luxury were the best weapons they have in hand to achieve that. But much have changed since and 2020’s crisis is quite different. As Marc Jacobs pointed during his chat with Tim Blanks for the Business of Fashion podcast back in May, after the war people felt the victim and not the culprit, but now we all feel we have done something wrong to reach this point.

The pandemic and social inequalities surfaced during the last weeks got all of us pondering our acts. Recovery moves too. Has this fashion week been an act of determination or one of stubborn? A way of moving forward or a signal of recoil? A worthy try of a desperate measure? You need time to answer these questions. You need time to produce a couture in the same way. 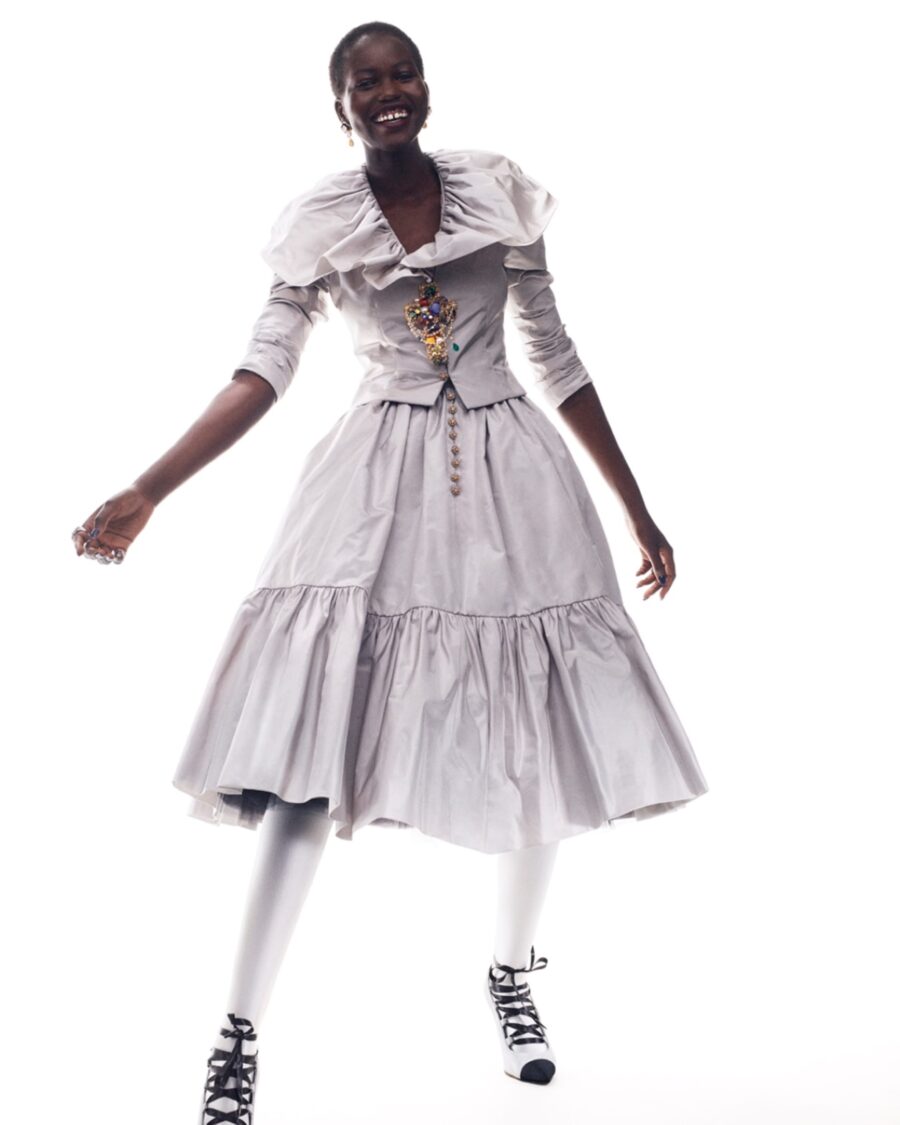 A small account of some of the things that happened within the walls of one of New York’s greatest art galleries.

Marem Ladson
"Freedom in music is closely linked to respect and there is still a long way to go for women to be respected, to be listened to and to enjoy the space that always belonged to us"