Do I want to dress like Greta Garbo or do I just want to be left alone?

A compendium of personal thoughts from the last few weeks.

I used to ask my students why they want to go into fashion at the beginning of every school year. Sometimes I ended up feeling bad, because it’s the kind of question that forces you to give a profound answer, result of a complex reasoning that justifies the chosen path. Some students have it rehearsed, like politicians their speeches. Others look at you as if asking “What kind of question is thar?”, or simply come up with an honest “Because I like it”. All of them have always seemed valid to me. If this year I decided not to ask, it was so as not to face my own surprise when someone would say “Fashion interests me as a tool of expression” or “as a means of expressing personality”. Surprise not because of not being true, it definitely is, but because at a time in history when we all dress similarly, with variations of about four or five styles and under the same influences, I find it hard to accept it as such. I struggle to decipher what you want to tell me with what you are wearing, or more accurately, what I find it hard to accept is that you just want to tell me the same thing as the rest of the world. That’s how I ended up thinking recurrently Greta Garbo during the time when she dressed to be left alone.

Long story short (short and related only to the point I’m trying to make here): Garbo -or Gustafssom, as she was really called- decided to step away from the limelight in 1941, at 35. Whether it was because she was tired of Hollywood, because her star wasn’t shining as brightly as it had in the past, or because she felt old (when there’s no consensus on the reasons for an affair it’s best to think of a combination of all the possibilities), but she retired after all. It was then that her wardrobe became interesting. How do you dress when you don’t want to be noticed? When you need to be discreet? When, in short, you expect people to be kind enough to leave you alone?

Greta Garbo lived comfortably in a seven-room flat in Manhattan, located on 52nd Street and overlooking the East River. Controlling that in your comfort zone you are only bothered by those you choose (she didn’t like people, but she liked her friends) is easy. On the street, not so much. Partly because of her legend as an actress and partly because of her legend as an eccentric, looking for Garbo on the Upper East Side became entertainment for tourists and sustenance for photographers, so the Swedish-born actress had to find a uniform to meet her dates and run errands (she was apparently so conscious of thrift that she didn’t mind walking blocks and blocks to get to the department store with the best bargains). The New York Times described her style in its 1990 obituary: “She wore simple but fashionable outfits, big hats and flat shoes, and went almost without make-up”.

Not that I feel tempted to take the path Garbo took (perhaps I already have), but I’ve given the images of the actress more than enough thought because it seems to me that I haven’t come across an example of dressing to express oneself so clearly in a long time. I can’t explain why they didn’t leave her alone, to be honest.

By some unknown mechanism, this story is linked in my head to the project “Things you wanted to say but never did” by Geloy Conception, started in 2019 but discovered by me pretty much the day before yesterday. Late, but not too late. His idea was to create a space where people could say what they didn’t want to, didn’t dare to, couldn’t or didn’t know how to formulate at the time. Things we say to ourselves when only we are alone, because few people can bear to listen such things. Let me take this opportunity to send greetings to the human being that can handle mine. 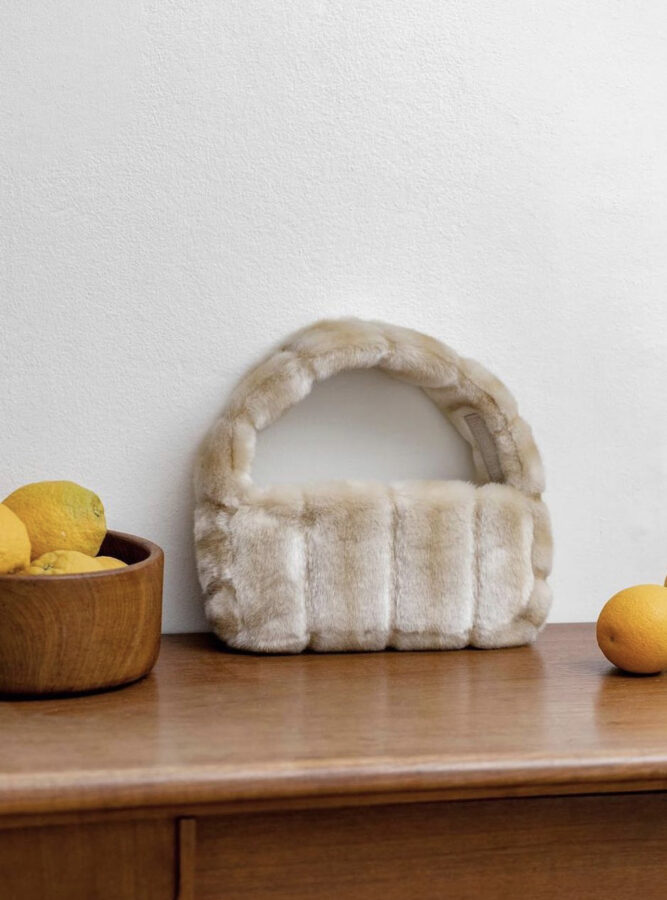 At some point I discovered that there is no machine capable of crocheting like hands, and that all those Miu Miu inspired garments and accessories available in your trusted high street retailers are hand-stitched in third world countries. So please keep that in mind when shopping.

On a lighter, softer note, I’ve been also in the mood for velvety things. That’s probably why I find myself caressing my Marei1998 faux fur bag (thank you, thank you) or considering a cashmere scarf from the Stone x Mint&Rose collection from time to time. I’ve also been craving mulled wine. I’ve never tasted it in my life and something tells me I’m not going to like it, but doesn’t it sound good? Even better in Morano ceramic glasses.

Ah, another subject that’s been haunting me is Jorge Motos and his role in Alex Montoya’s “Lucas” (2021) available in Filmin. I can’t help but wonder what it must feel like to be on the verge of becoming a recognized actor, to be aware of the fact that you’re one step away from all you wanted. Is he impatient? Worried? Does he thing about it? Does he want to stay? To escape? I guess the answer is a combination of all of the above.